Five big names in the Flemish media world have decided to join forces in a joint venture. Internet service provider Telenet, De Vijver Media, SBS, Mediahuis and production company Woestijnvis have opted for an operational union with the aim of pooling the various talents within these five companies. The ambition of the project is to offer a ‘one-stop shop’, i.e. a 360° media solution to any client seeking visibility.

Called Ads & Data, this joint venture has taken up residence in a place that had to be neutral, so that each stakeholder is treated on an equal footing. A former industrial building in Vilvoorde, along the Harensesteenweg, was chosen to house the five partners. Initially intended to house lofts, one of the floors of the building was dedicated entirely to this project. A ‘collaborative node’ that can accommodate visitors, clients and, above all, forty or so employees from Antwerp, Mechelen, Hasselt and the Brussels periphery, where the five offices are spread out. As these media professionals already have a workstation in their respective companies, the Ads & Data headquarters was conceived as a place to meet, meet and exchange ideas rather than as a conventional open space.

Design Plus was asked to combine these expectations in a raw environment dominated by concrete. From the original modules that were intended to house several lofts, only a large space remains that has been redesigned according to the client’s wishes. Two zones have been delimited within it. On the one hand, there is a lobby dedicated to meetings between teams but also to receiving visitors and clients, which includes a reception lounge, a lunchroom, a meeting room, separate bubbles and a multi-purpose area equipped with mobile furniture. On the other hand, there is a quieter work and concentration area, divided into different sectors, reserved for the employees of the five companies.

Starting from a very cold base, dominated by lime and grey cement, the Design Plus team, which was given carte blanche for this project, succeeded in relaxing the atmosphere by opting for a palette of warm colours, emphasised by touches of black, particularly for the walls delimiting the different areas. These same walls were sometimes perforated with translucent panels and sometimes decorated with touches of light wood.

Particular attention was also paid to the lighting, with the priority being to make the space as user-friendly as possible, so that it would be a source of well-being. The number of light points was therefore increased for each zone within this vast space, taking care to combine functional and decorative lighting.

In order to limit the carbon footprint of the complex, the clients opted for LED lighting, but also for a new heating and air conditioning system, based on a heat pump, which is both economical and ecological.

With this new project, Ads & Data and Design Plus demonstrate that office design can meet a multitude of expectations, while ensuring the well-being of the occupants and respect for the environment. 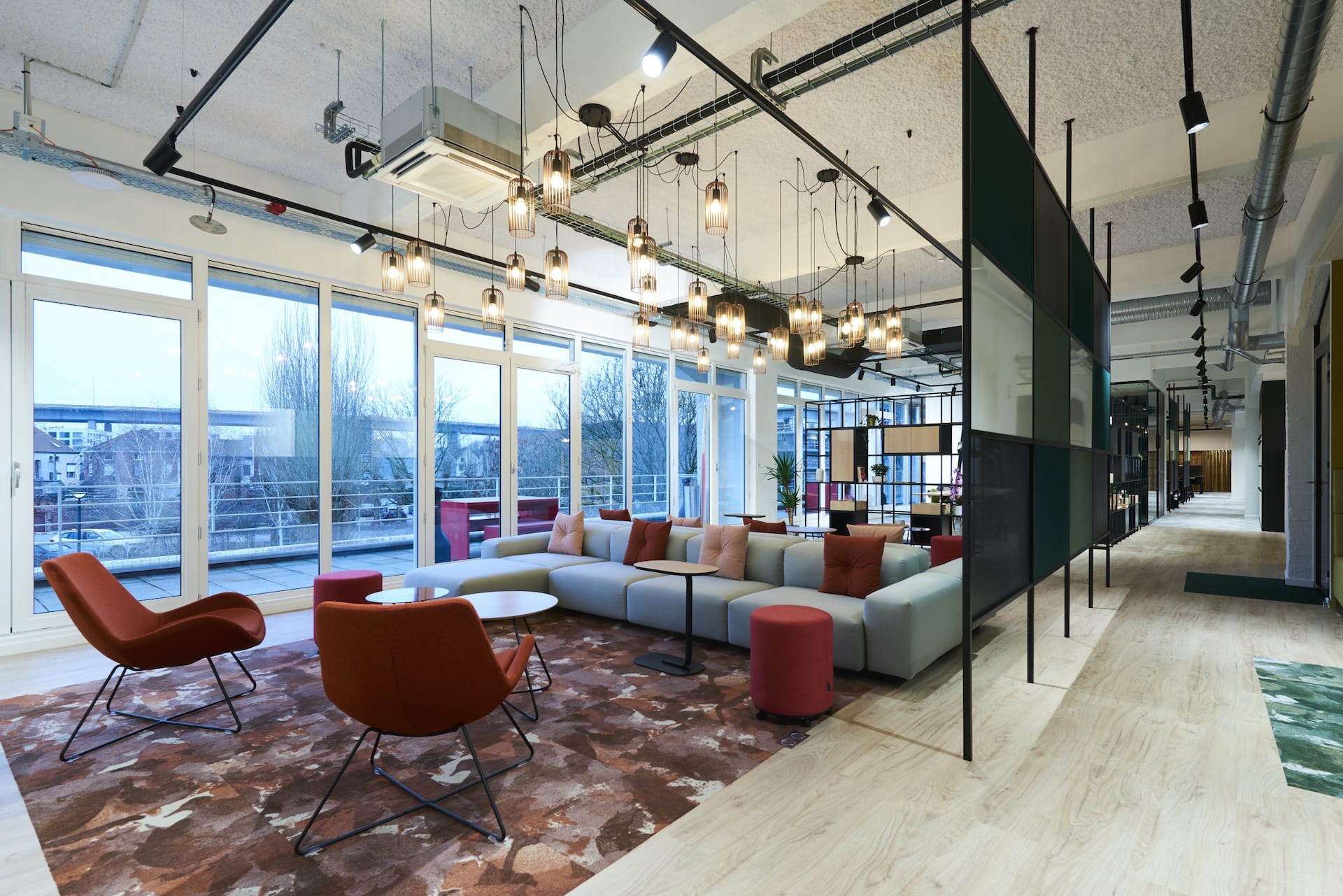 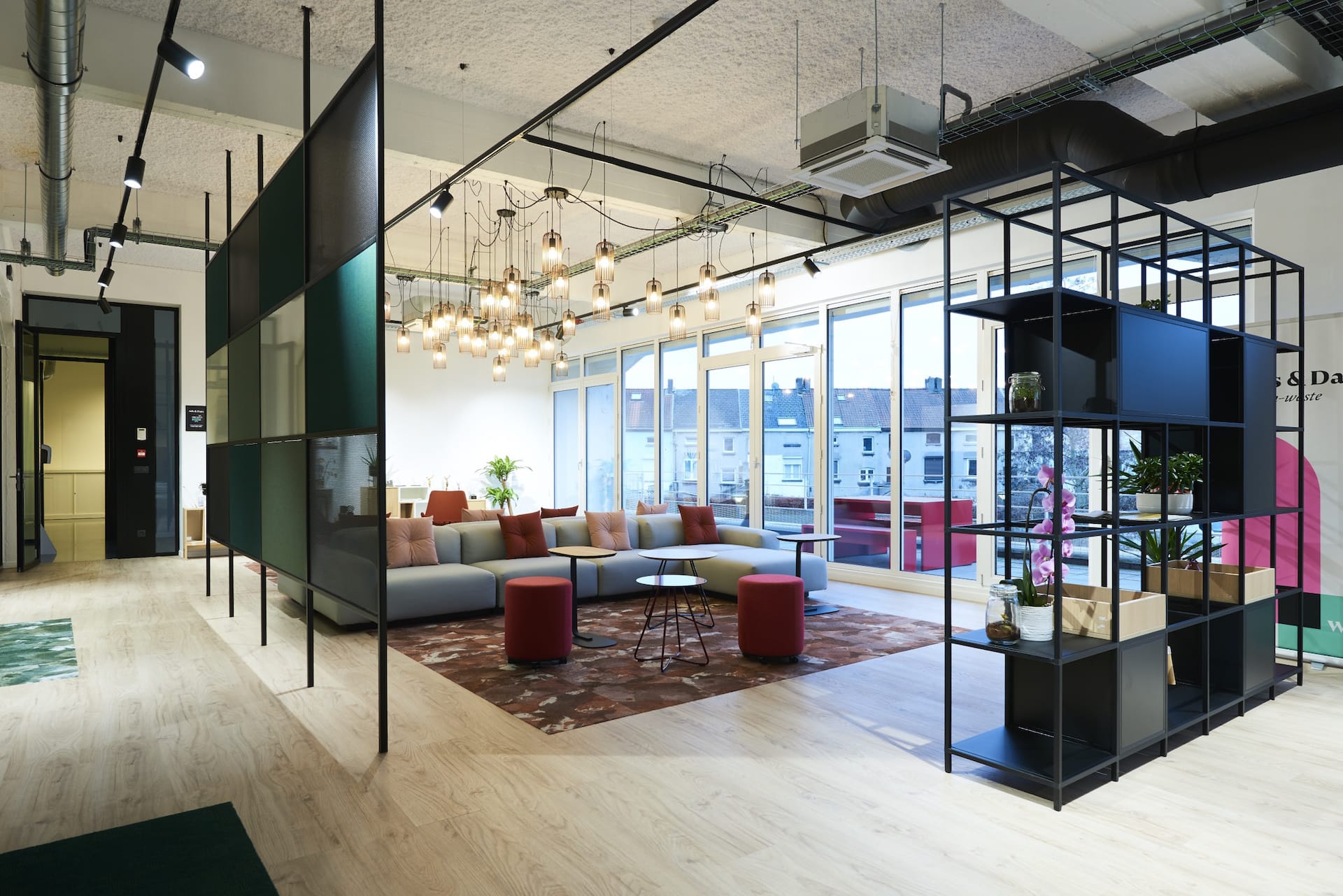 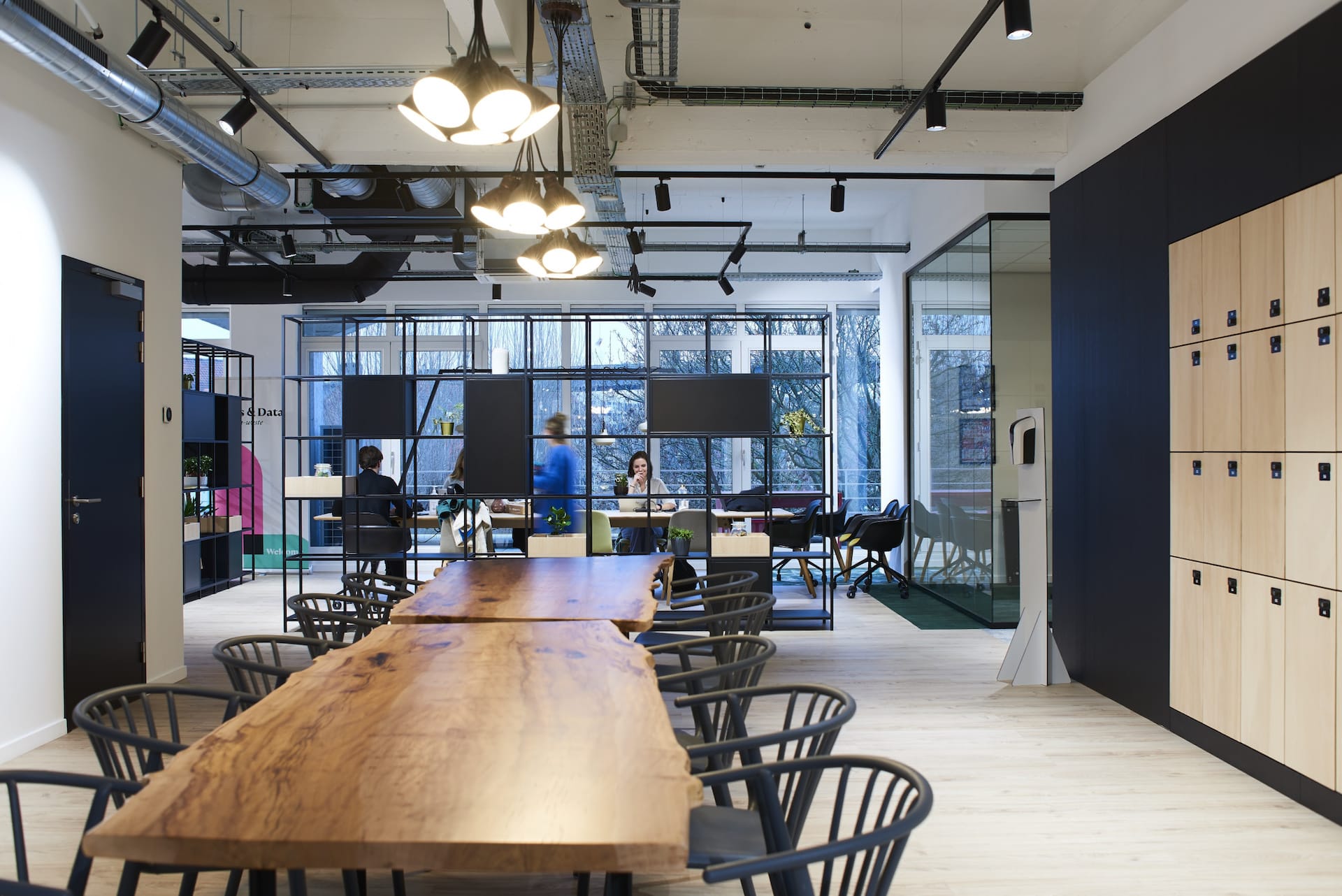 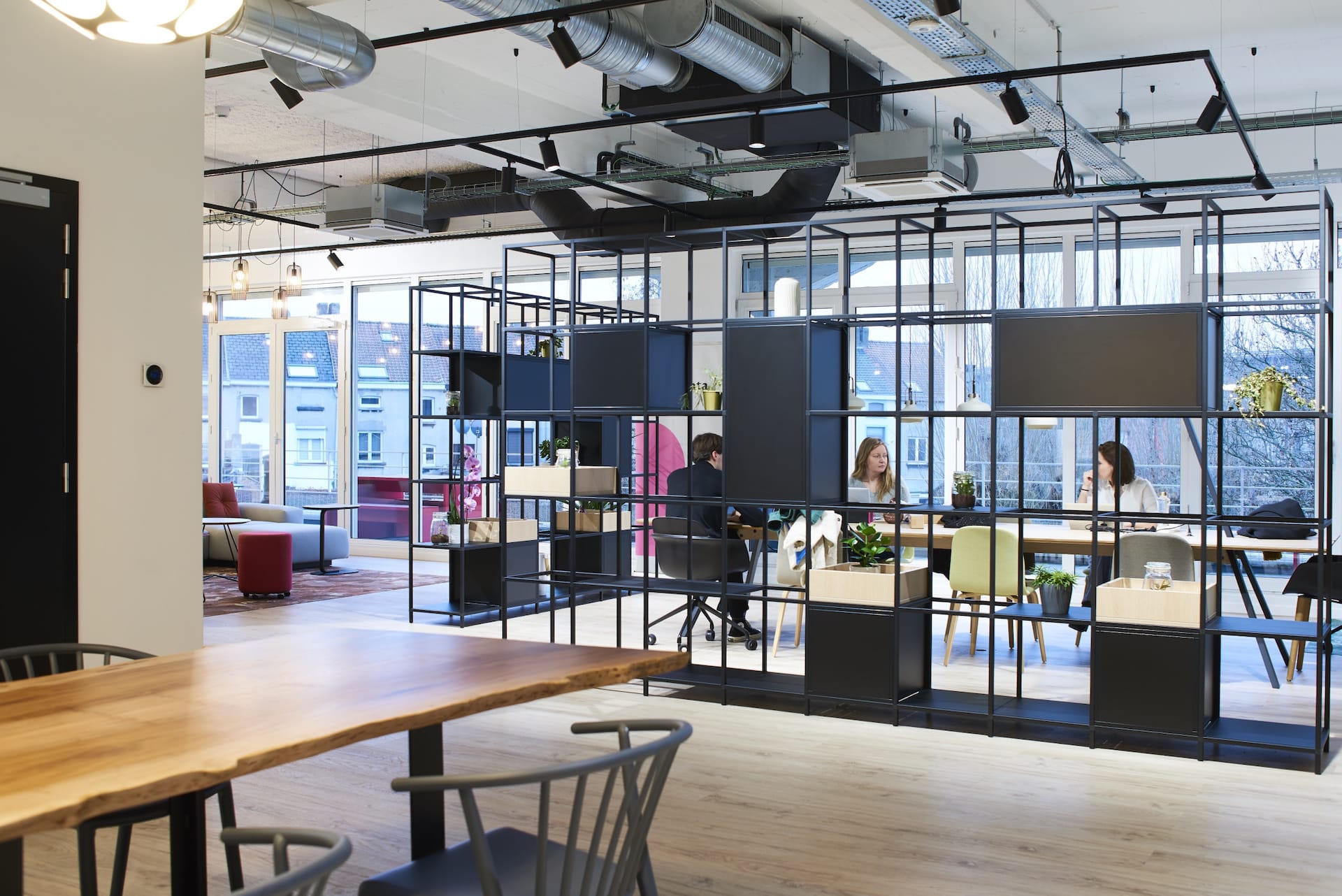 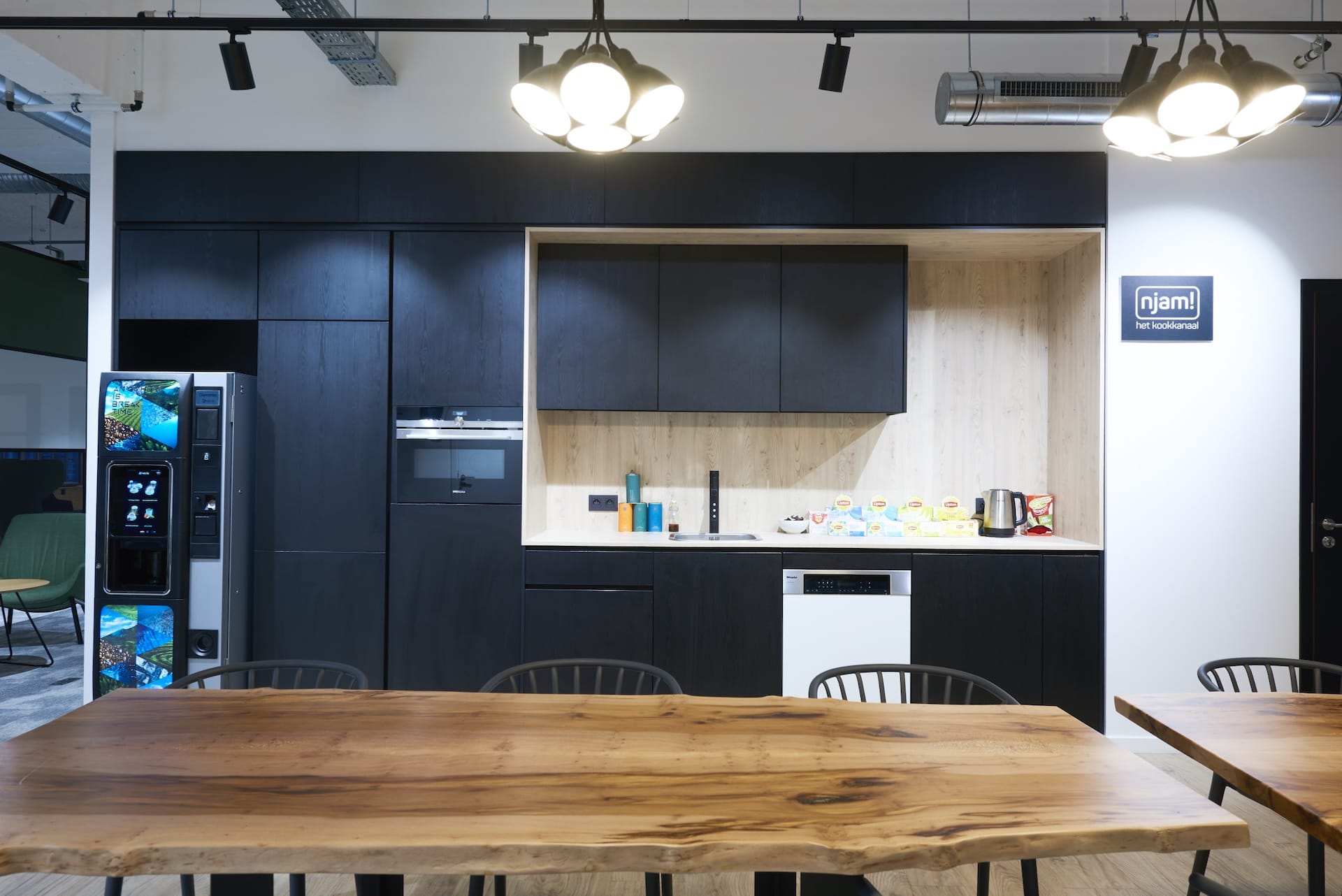 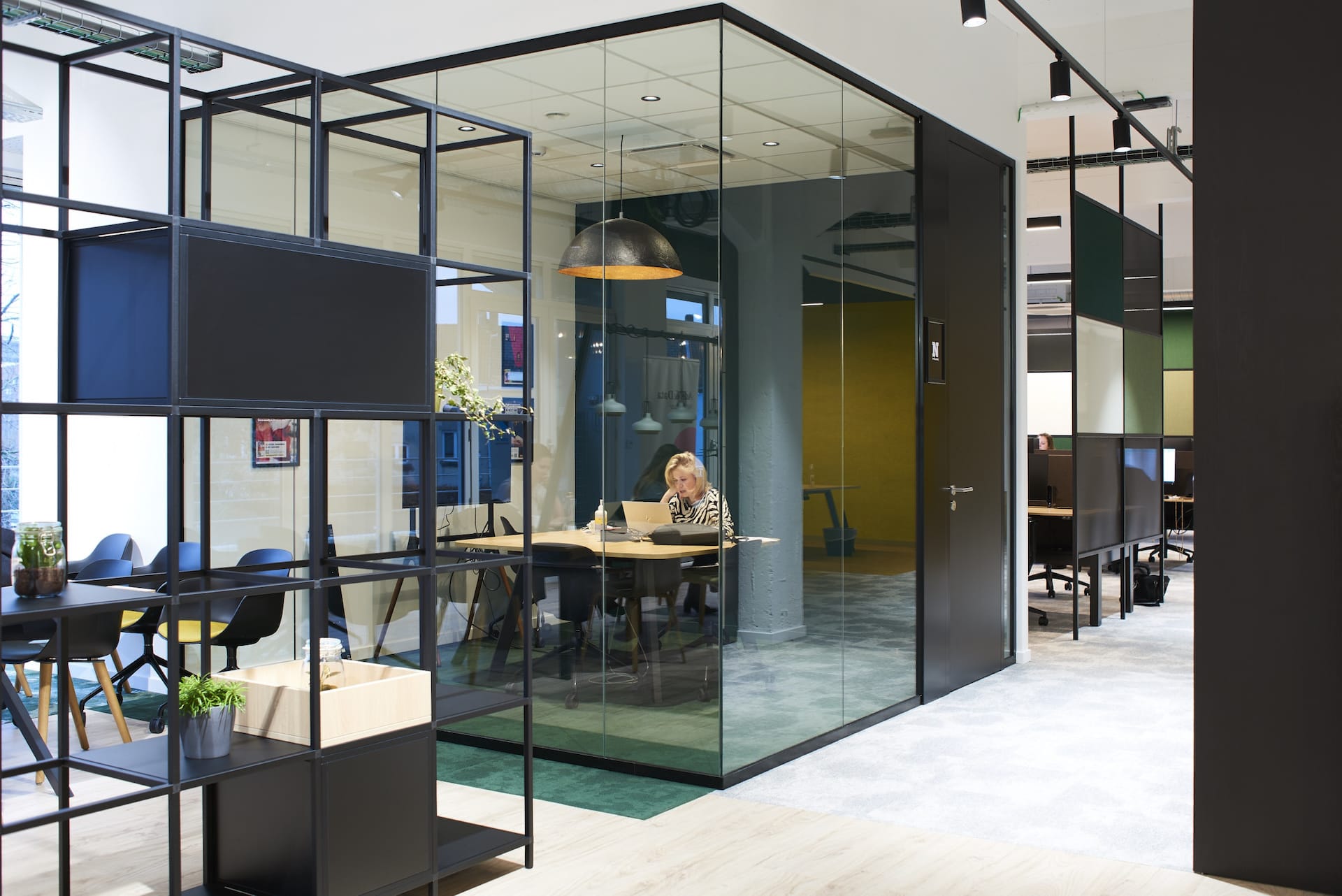 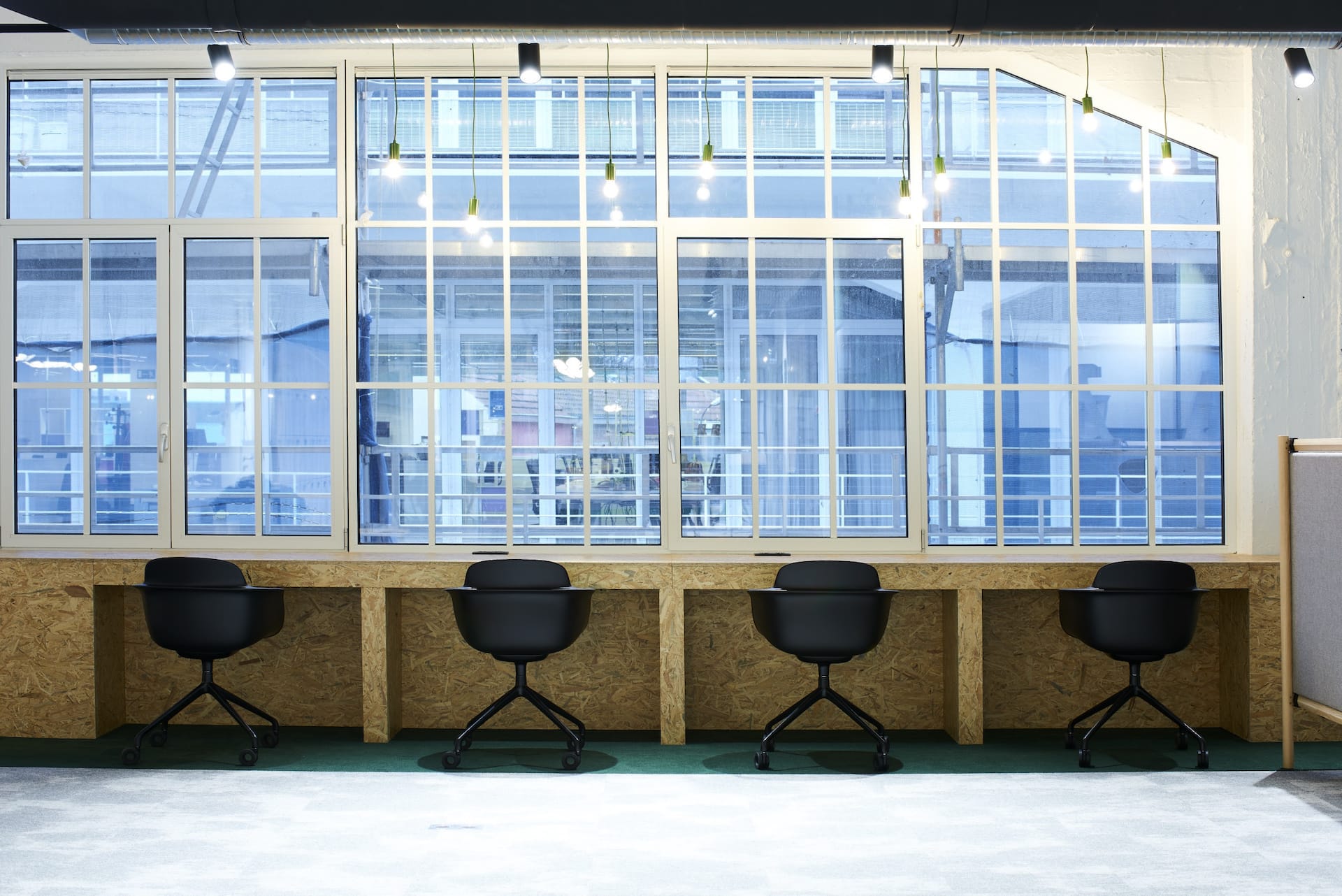 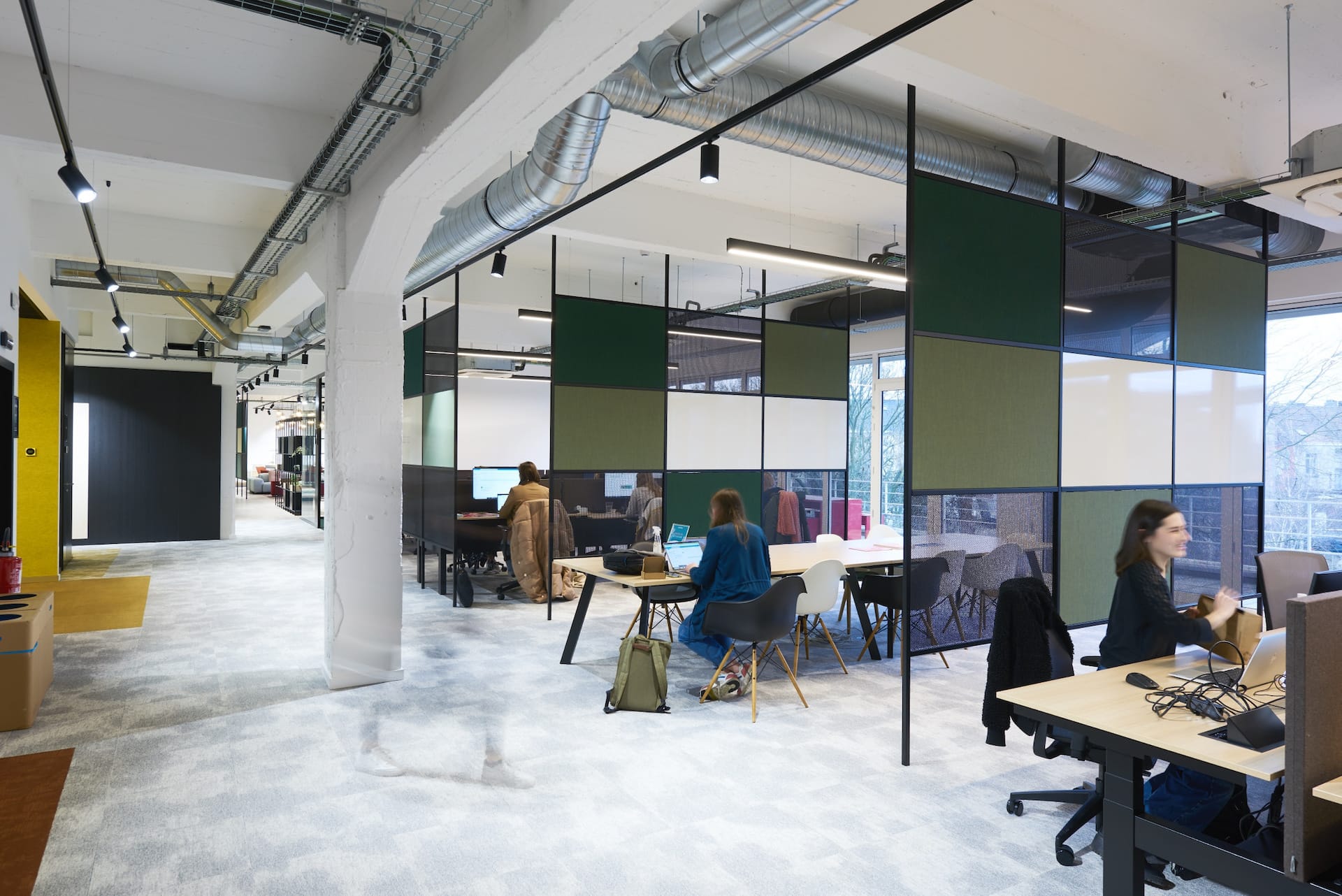 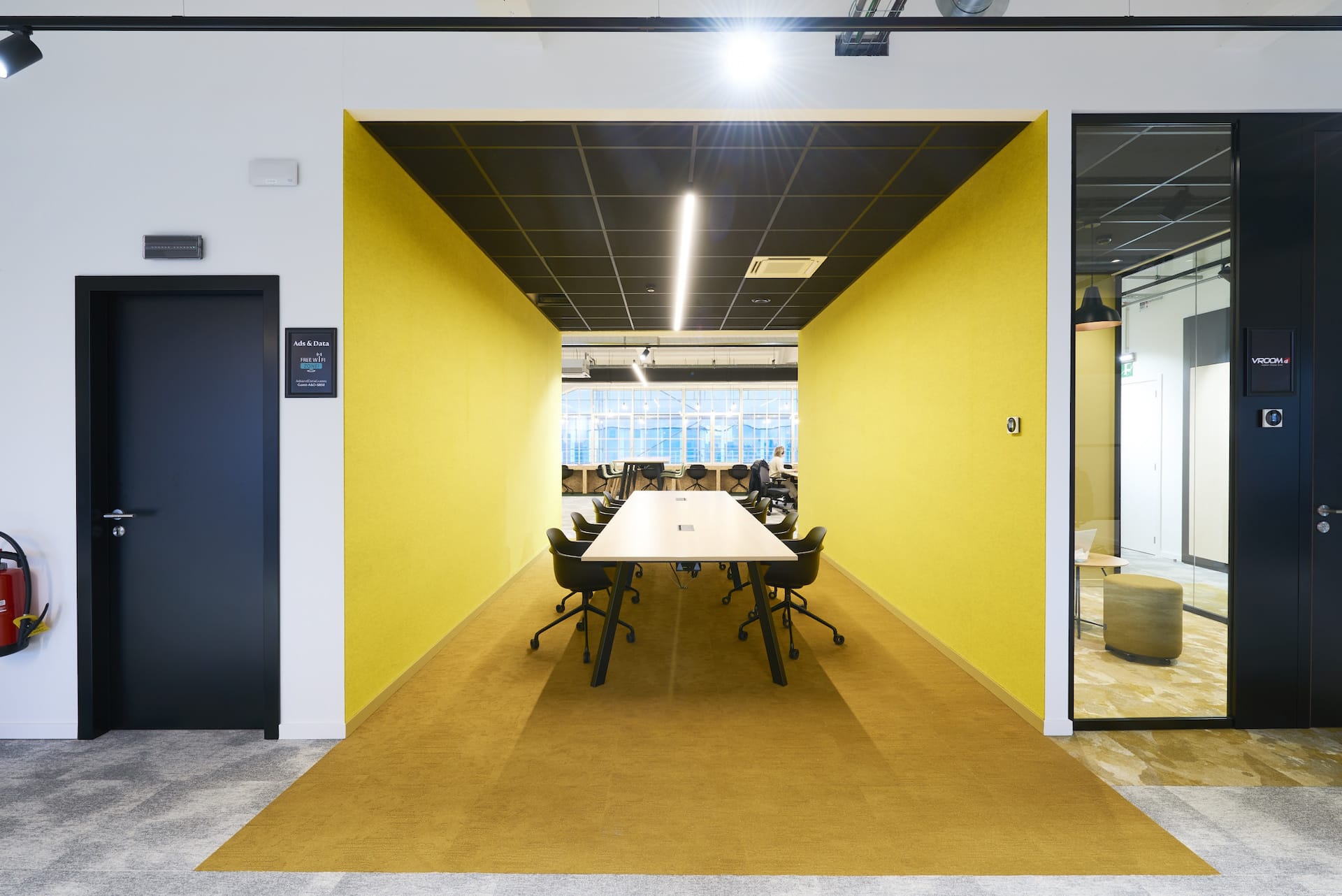 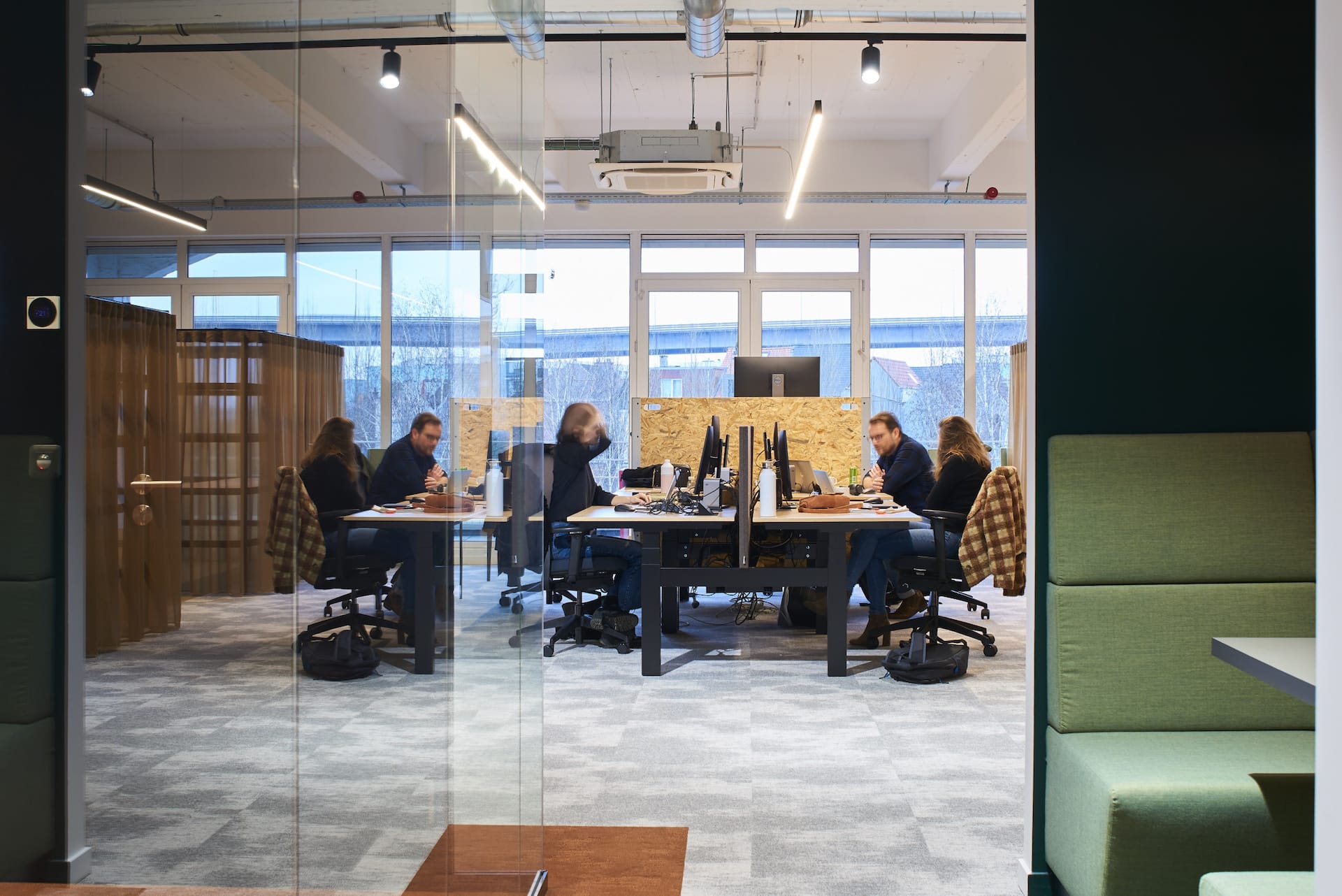 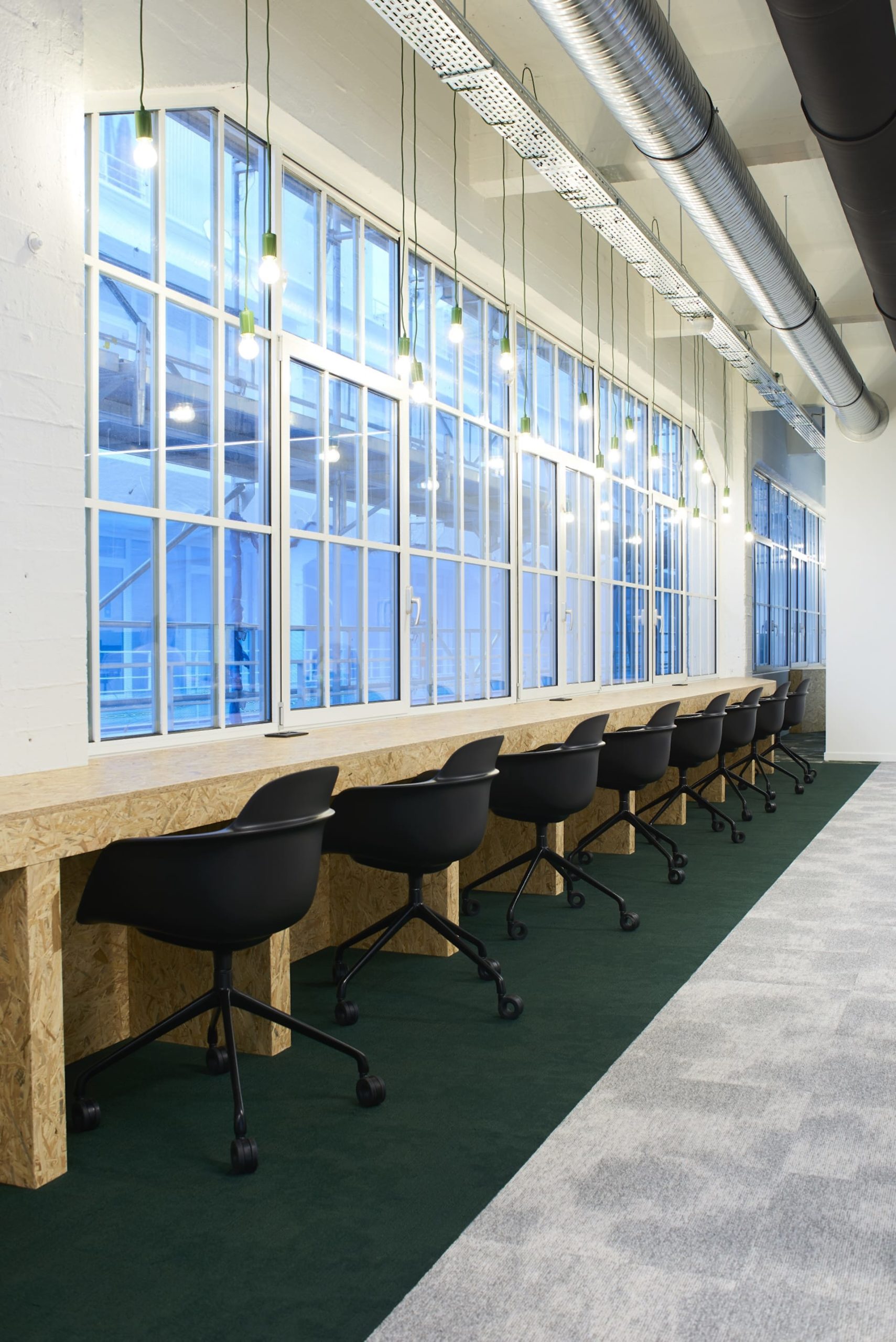 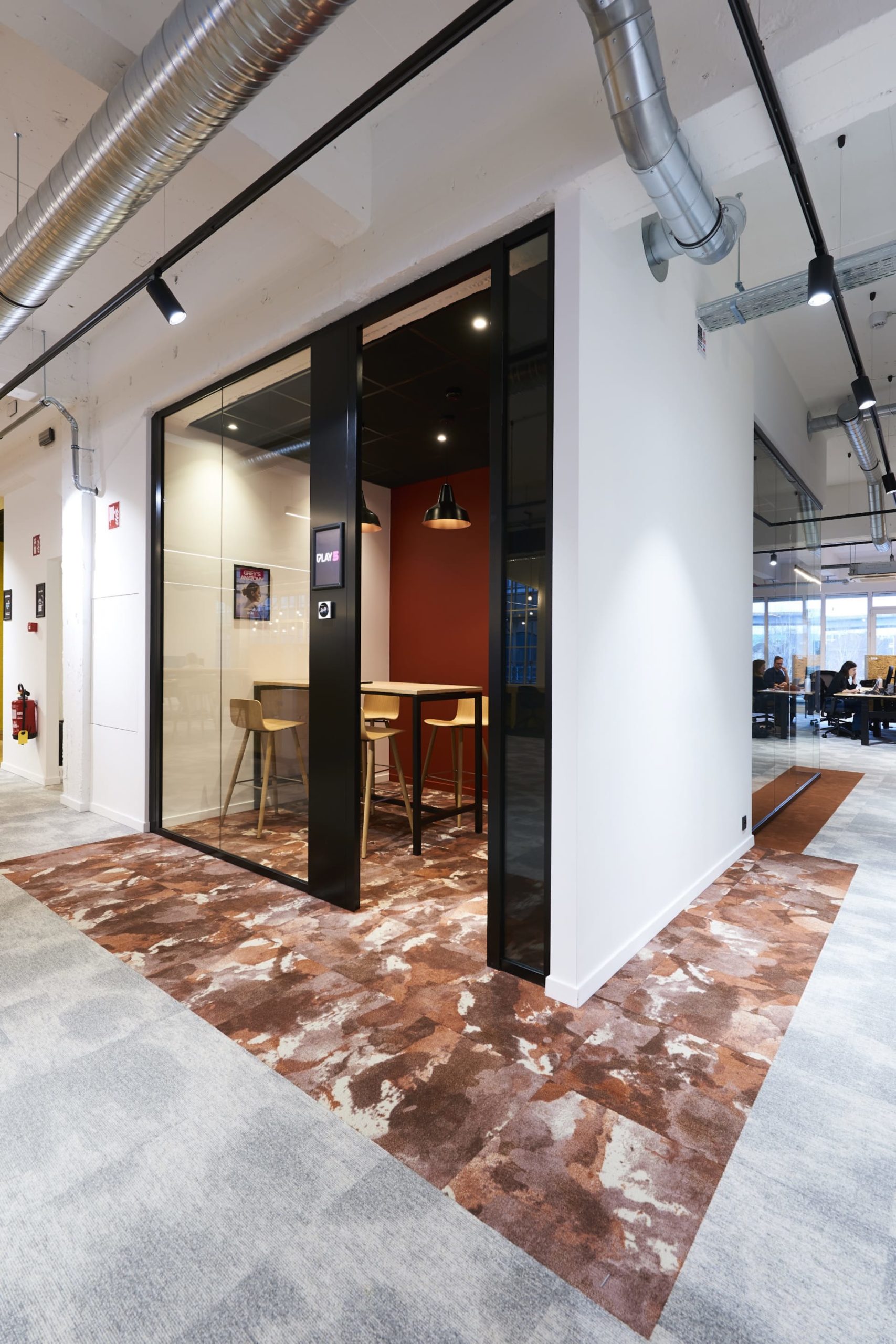 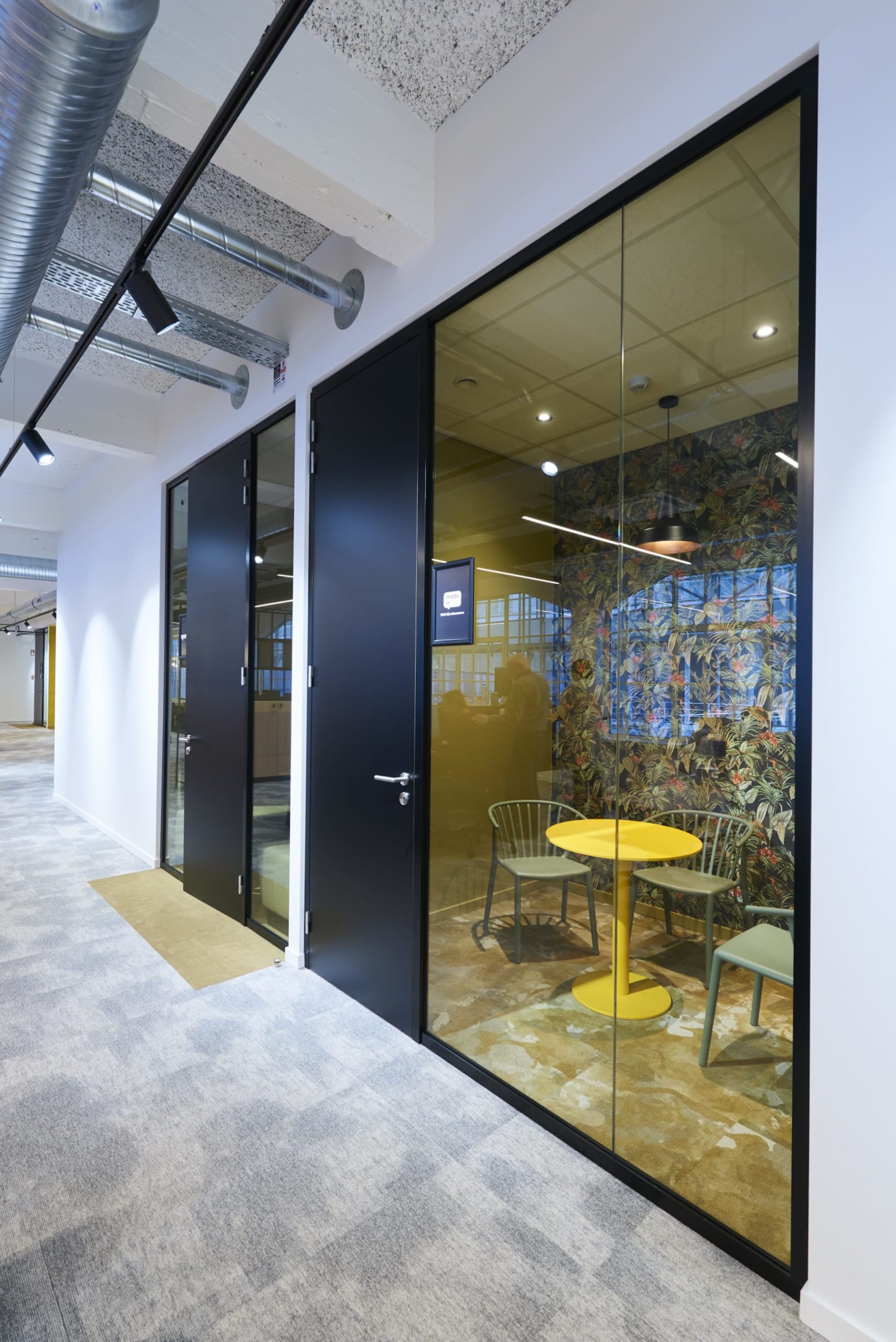 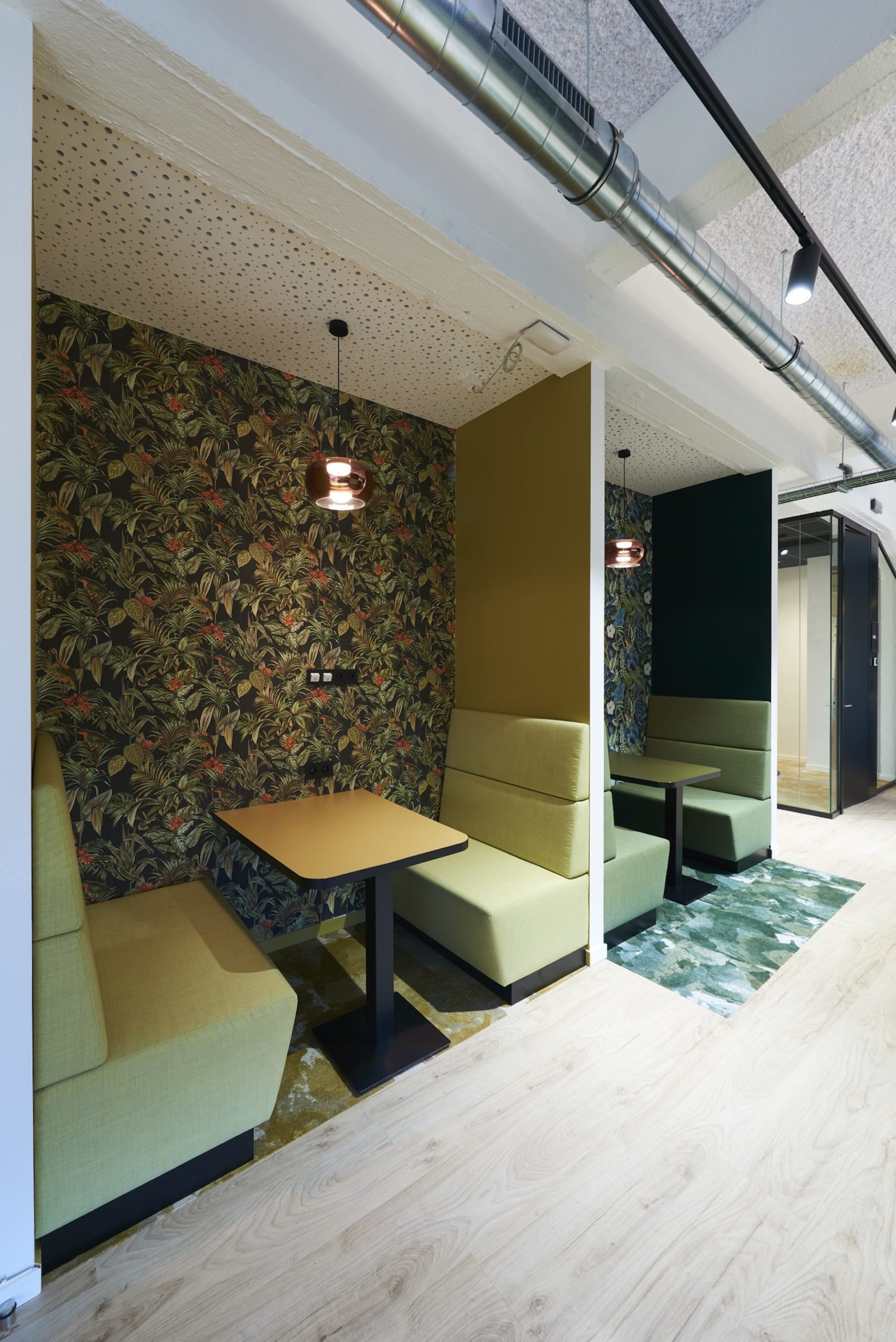 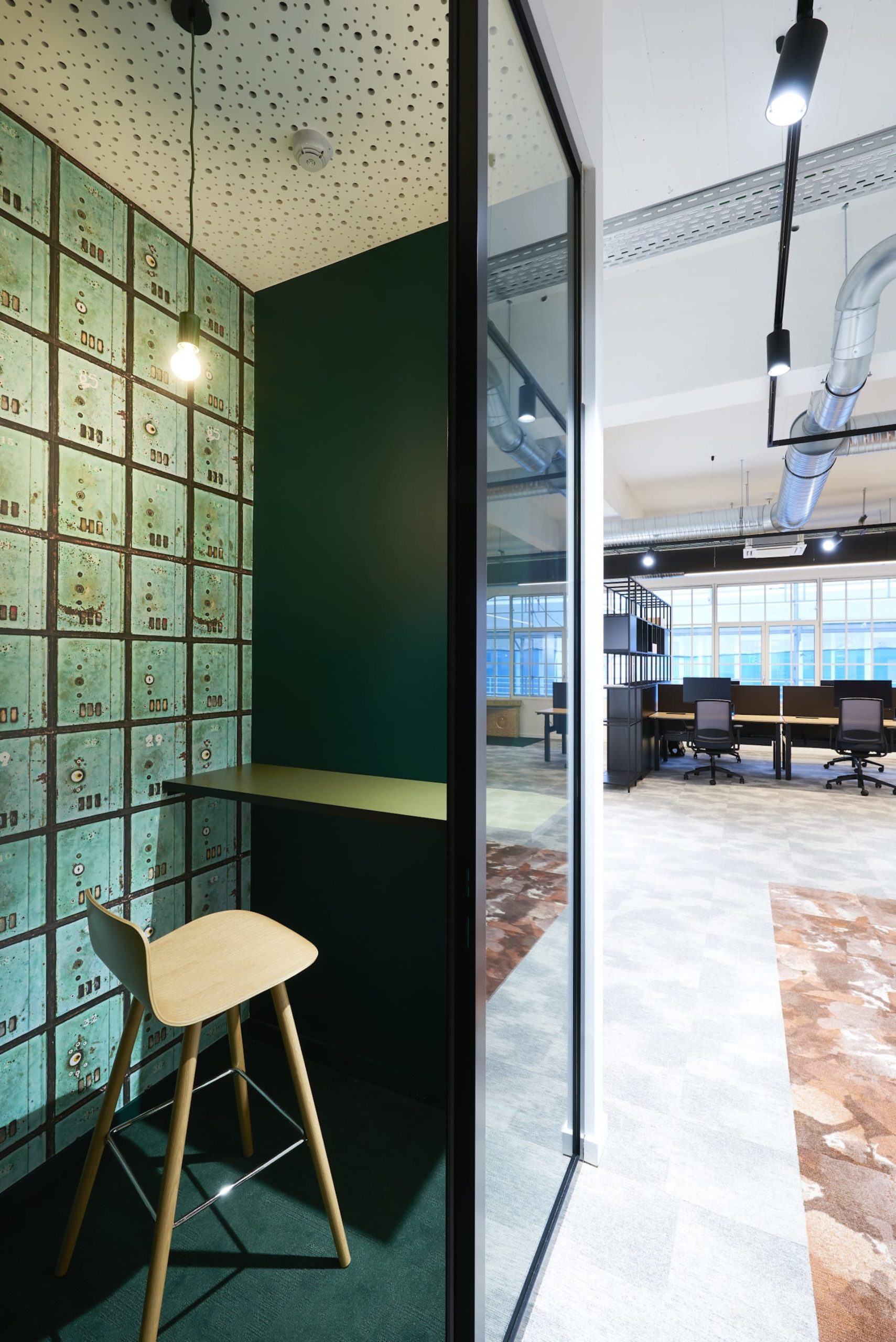